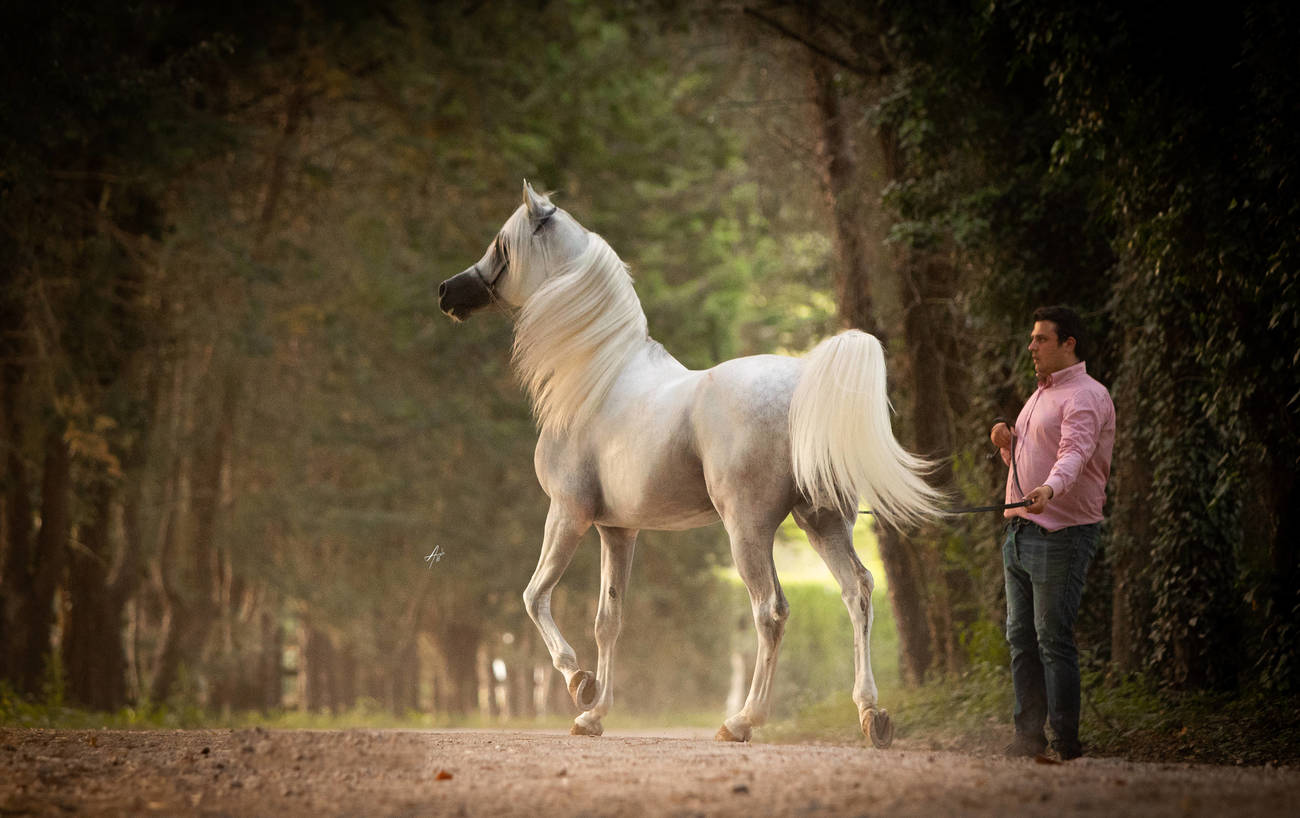 Had There Been More Time; Enotri EEA.

In and amongst the layers of inspiration found at this year’s Katara Arabian Horse Festival, I want to bring one thing to your attention; just one.

Do you remember Enotri? Born in 2013, Enotri EEA was bred by Enzo Worldwide and Equus Arabians before being purchased by an enthusiastic group who formed the Enotri EEA Partners. They were wild about their incredible find. Soon thereafter, the white stallion caught the eye of Al Shaqab and they promptly leased him as both a show horse and as a sire for their royal and internationally famous broodmare band. Let's just say, especially those familiar with the horse knew he would be a very special evolution to the Arabian breed.

Enotri then continued his travels to Italy, where his European show career was just beginning to blossom under the guidance of Elegantica Training Center. Everywhere he went, Enotri spellbound all who experienced him. He was like a teenager on the fast track to Hollywood stardom, with no slowing in sight.

And that’s when it happened. A tragic ending to a life of such promise. Enotri EEA was just 8 years old.

So, when Falak Al Shaqab and Hader Al Shaqab bounded into the Katara ring last week, it was an emotional scene, a contrast of sentiments that celebrated these progeny gifts, as well as the reliving of heartbreak begging the question, “What if?”

Here’s the thing about Enotri. Many would say he channels his great sire, Shanghai EA, more than most … more than any others, even. Enotri was white and glorious, an important show horse dripping with beautiful breed type. But I see another horse in him even more than Shanghai, and it is what has always intrigued me.

Want to know who he really looks like to me? A white Patron. Aswan (a straight Egyptian stallion) was used on the Russian mares of Tersk. One of his oldest sons was Patron. Patron was a gorgeous chestnut. Though he was considered Russian, his dam lines were primarily Crabbet and French, and Patron’s unique chestnut color reflects his French blood. What is interesting is that when you line breed *Padron, occasionally you get this gorgeous type that takes you all the way back to Patron and his sire, Aswan. You also end up there through his breathtaking maternal grandsire, the *Padron grandson Enzo. And Entori EEA, who is linebred to both *Padron and Padrons Psyche, was a premium example of this. He was the color of Aswan, with the beauty of his Aswan/Patron/*Padron/Padrons Psyche/Enzo/Magnum Psyche/WH Justice/Shanghai EA ancestors. It really came through on him.

And those winners from Katara? They were a result of Enotri’s first and only foal crop with Al Shaqab. And from the discerning eye, he seems to have been one of the best producers – if not the very best – from that particular year.

“We will enjoy his memories via his babies,” Joe Orr, owner of Rose City Arabians and a member of the Enotri EEA Partners, recently expressed to me, in a heartfelt way.

Why is it that so often, it seems, we lose the great ones so early? Perhaps they are too heavenly for this earth.

And yet, it begs the question: “Had there been more time?”

We say thank you to the photographer here.

Enotri's first foal (filly) has hit the ground and the filly owners (Phillip and Brent -Enzo worldwide) were speechless. Albert Sorroca (Shanghai EA breeder) flew in from Spain and viewed the magical filly who's grandsire is the world champion Shanghai EA that Albert bred (1 of many world champions). Albert had this to say: "I have known stallions whom have never foaled an Arabian of this worlwide quality in their entire careers much less their first baby - I absolutely love her. 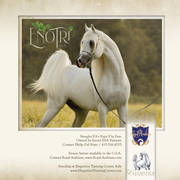 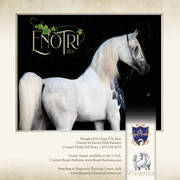 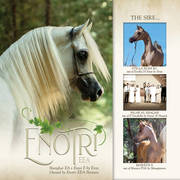 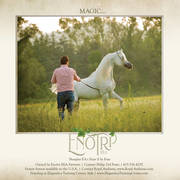 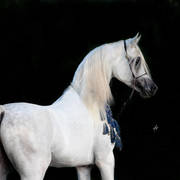 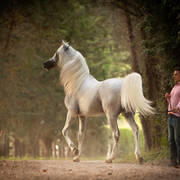 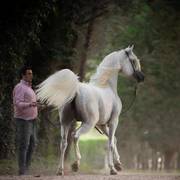 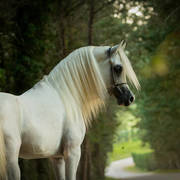 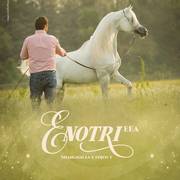 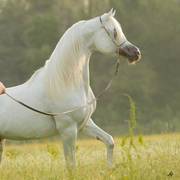 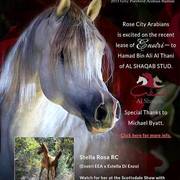 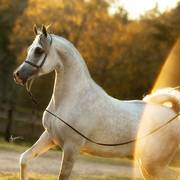 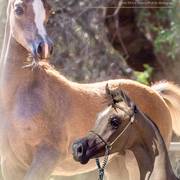 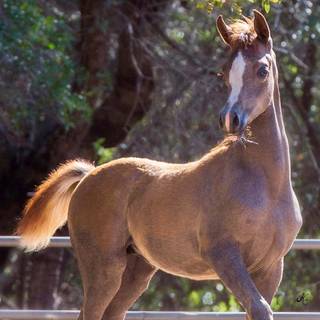 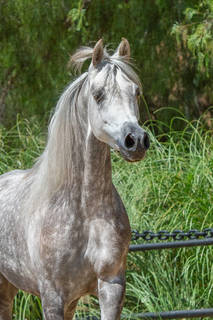