Rose City Arabians is excited to announce we have entered the Rakeem Partnership!

Bringing the best of the breed together in one complete package of outstanding genetic potential.  Aria Rakeem promises to be both a show horse and sire of significance on the global stage.  Sired by the incomparable FA EL Rasheem.  Aria Rakeem is heir to an exponentially expanding dynasty of global supremacy, one in which the get of FA EL Rasheem continue to dominate elite competitions all around the globe.  Routinely awarded high scores for their exceptional breed type, superb balance and ultra-exotic heads, the FA EL Rasheem get continue to raise the breed standard with their inherent beauty, refinement, elegance and quality, inspiring breeders to incorporate these genetics into leading programs the world over.  FA EL Rasheem’s ultra-exotic heritage, an unequivocal gift of both his sire FA EL Shawan and maternal grandsire Versace, combines flawlessly with the magnificent design and scope of Aria Rakeem’s dam.  US National Champion MD Hibat Allah, universally admired as one of the best and most alluring daughters of the legendary DA Valentino.  Hibat Allah has inherited her sire’s perfectly proportioned and balanced build, solid substantial structure, and his trademark impressively long well-shaped and perfectly placed neck. Attributes which blend magnificently with the beauty and elegance of FA EL Rasheem in the phenotype of Aria Rakeem.  The genetic prepotency of Aria Rakeem is enhanced even further by Hibat Allah’s international Aristocrat dam.  Ecuadorean National Champion Anastasiaa who descends, most remarkably from four generations of champion females and six generations of champion-producing matrons directly tail-female, making Aria Rakeem an irrefutably serious stallion prospect. 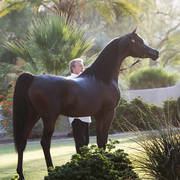 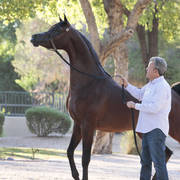 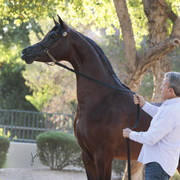 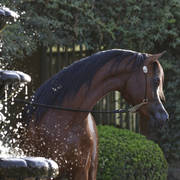 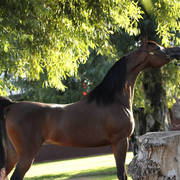 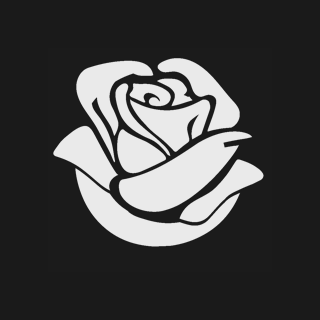 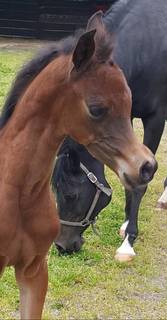